Tratturo
The oldest road in the world

“Tratturo“ is a project of local development to promote the beauty of Casalbordino Beach’s landscape. This territory has completely forgotten its history and its values: an ancient passage of the Tratturi road, and the unique point where this road met the sea. So the idea of the project is – redrawing the oldes road in the world – a slowly path to narrow the story of Tratturi, to remind the ancient passage of shepherds and animals and underline the importance of this ancient ritual: the Transhumance. In this way the project is a real path along the beach, like a trace of the ancient road, to walking slowly, at shepherds’ pace. The pre-exixting elements – three totems, a way station, a fountain and a waterhole – are underlined with squares. These elements, from abandoned elements, became commemorative monuments.

The whole project is realized with the white stone of Majella Moutain. The surface of the path is impressed with texture designed from the sheeps footprint. Along the top surface of the path, there are points where are impressed phrases that narrow the story of Transhumance and Tratturi. These phrases are taken from shepherds diaries. The walking directions are differents: on one side the shepherds gone away, on other side the shepherds came back. In this way, the sequence of the phrases are different depending on the walking way. The fountain is an element to quench people’s thirst. So this square became a break along the walking path. Here, the entire suface is decorated by a map of Tratturi’s network. The map, starting from the historical maps, is drawing to comply with the horizontal and vertical surfaces of the project. The waterhole is an element to quench animals’ thirst. The texture impressed on the surface of the square, around the waterhole, is designed starting from the cave art, to create a dinamic texture that narrow and remaind the ancient passage of animals and the function of this element. The Cippo is a totem element to sign the Tratturi road borders. The square around this totem underline the presence of this ancient stone element. Along the path there is a point, a Compass Point: a round square points to the direction where it’s possible to see the mountains. The way station have a stone square with sitting, designed to offer a break along the pathway. A cuple of hurdle, redesigned starting from the old horse racing and the sign designed to underline the old function of the station. 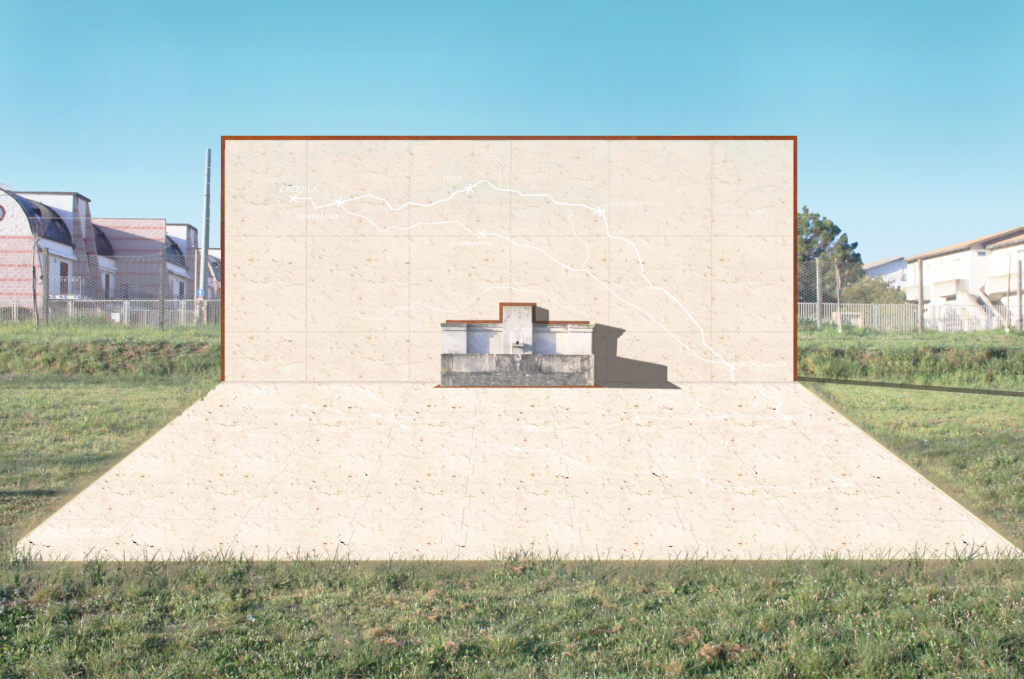 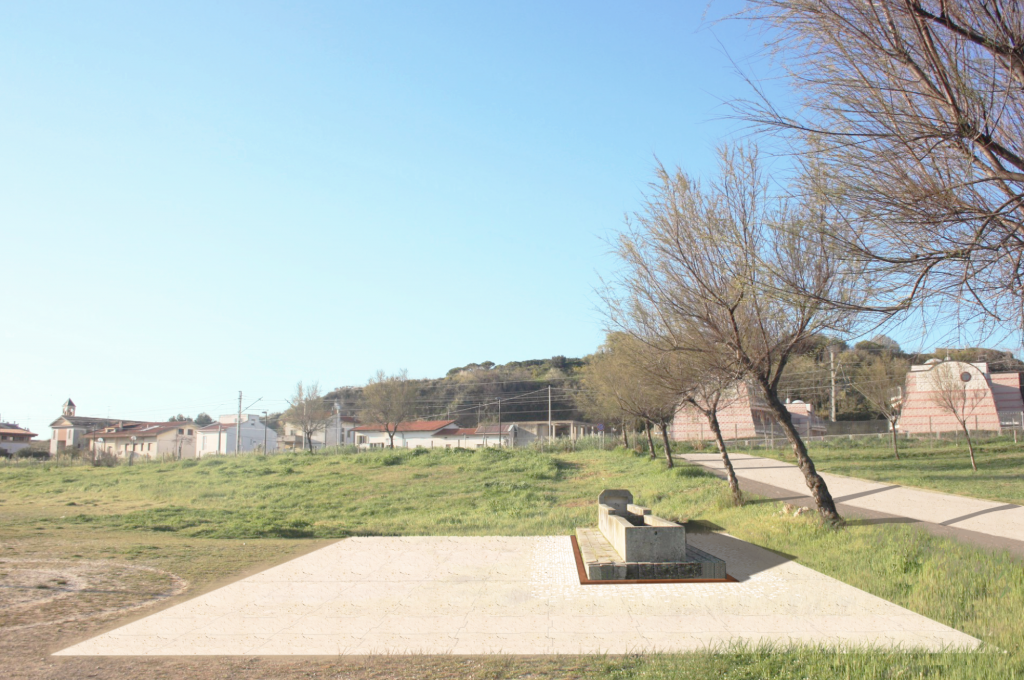 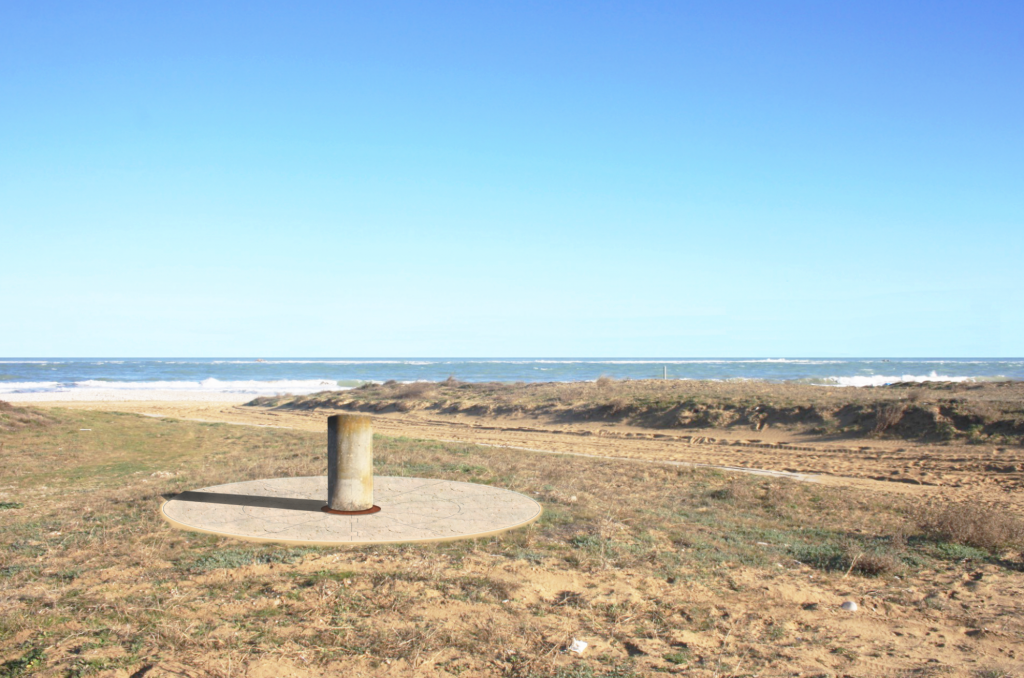 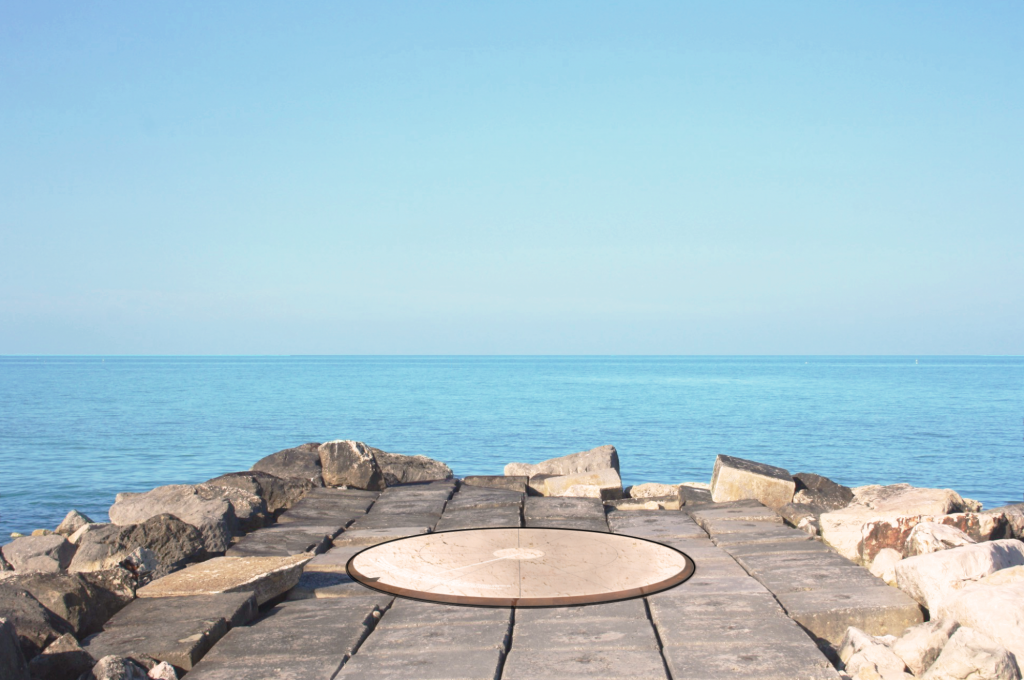 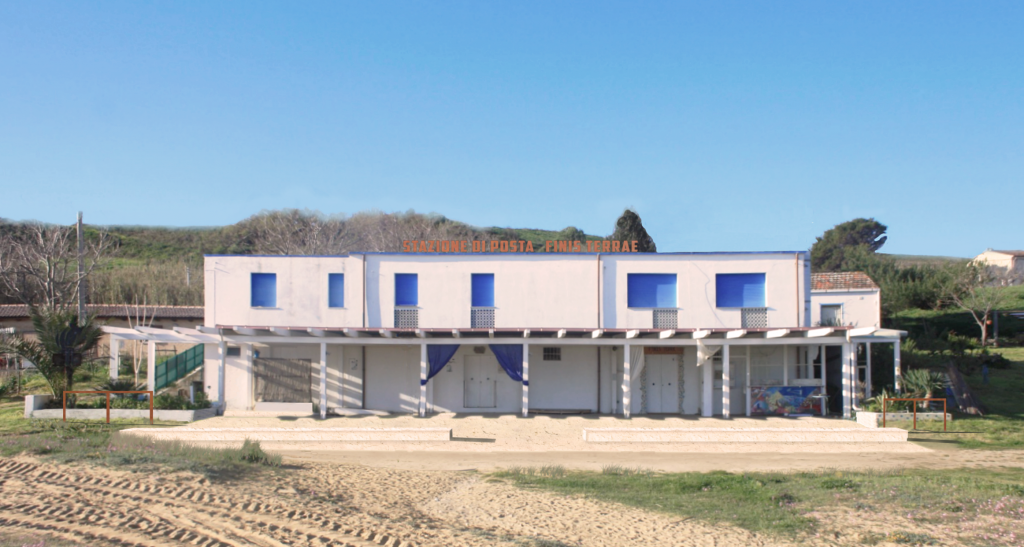