“After the Good morning singing, he went to do the rooster in the henhouse.” In this way, the rooster, from the weather vane where it sings the good morning time, goes to henhouse for putting on air itself. From the Italian form “To do the rooster” , the Mulino Bianco ’s rooster is draw as a royal portrait and the crest becomes a crown. The rooster becomes the king of the henhouse and of the shortbreads.

The starting point is the Italian form “To do the rooster”. The shortbread design is a rooster’s head like a royal portrait with the elements that characterized this animal. The crest becomes crown. The crown’s  zig-zag motif is also the shortbread’s lateral border decoration thought for the splitting. The rectangular shape is perfect for the dunking. The zig-zag decoration are in the current shortbread’s dimension. The new rooster design is characterized by two colors light/dark to underline the main element of the animal. 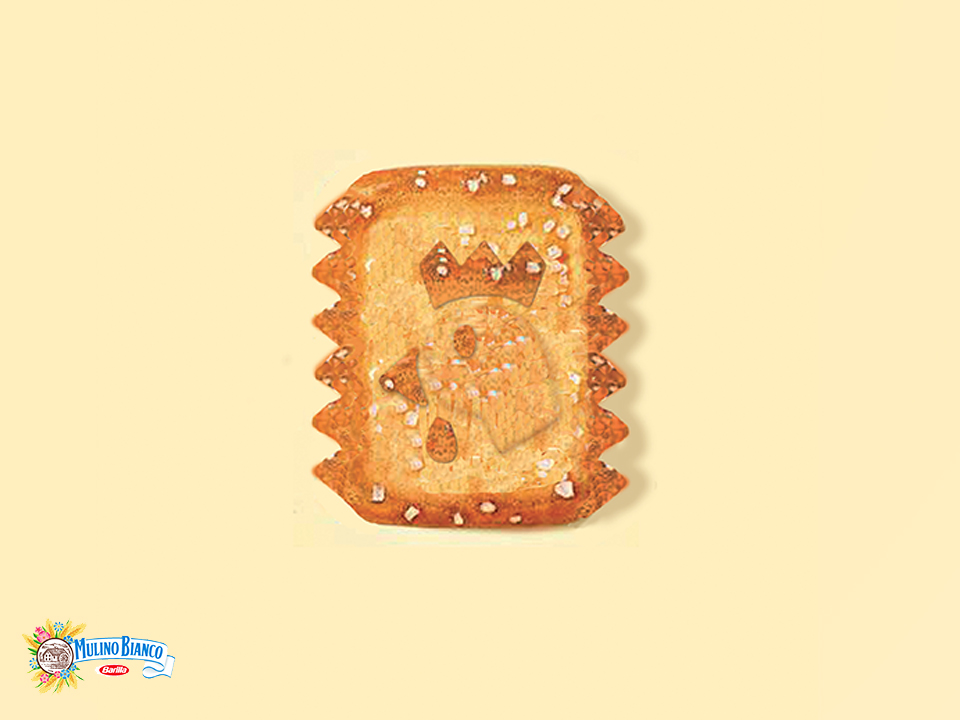 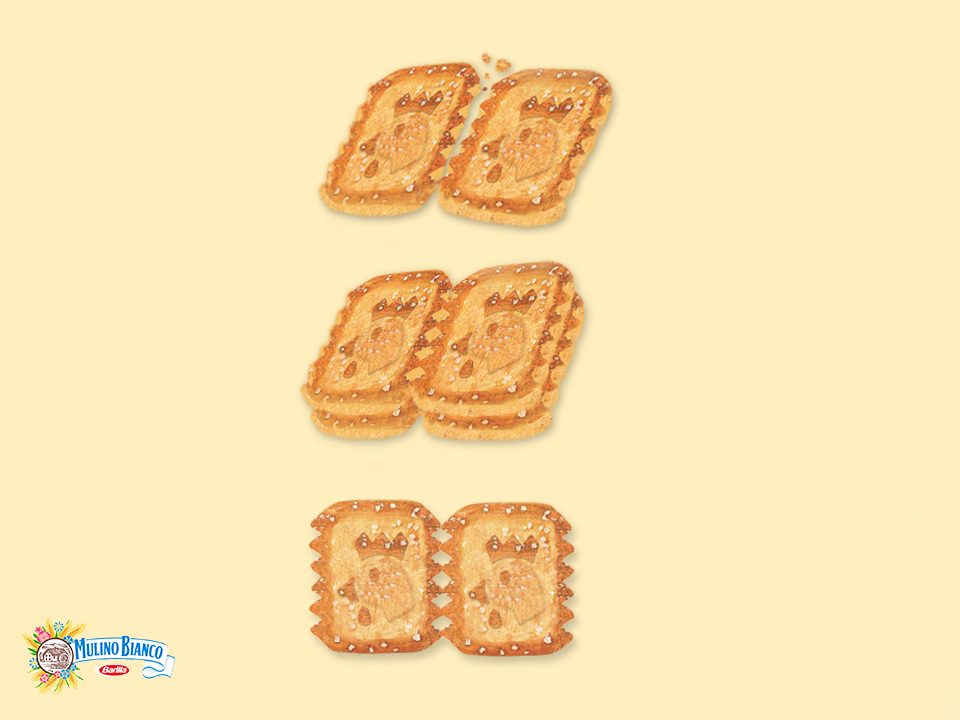 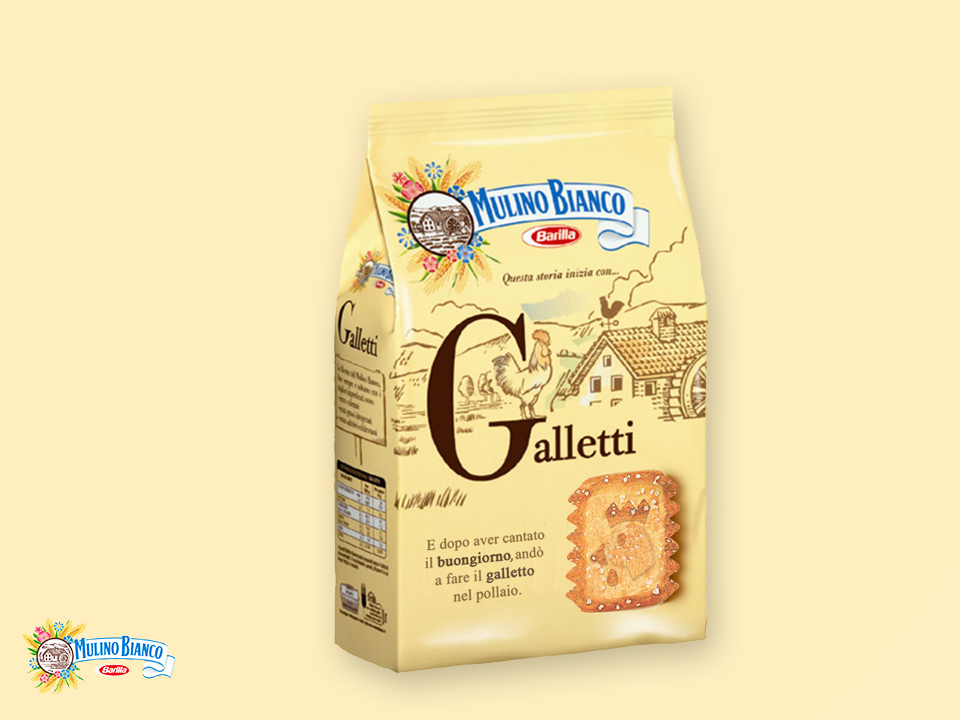